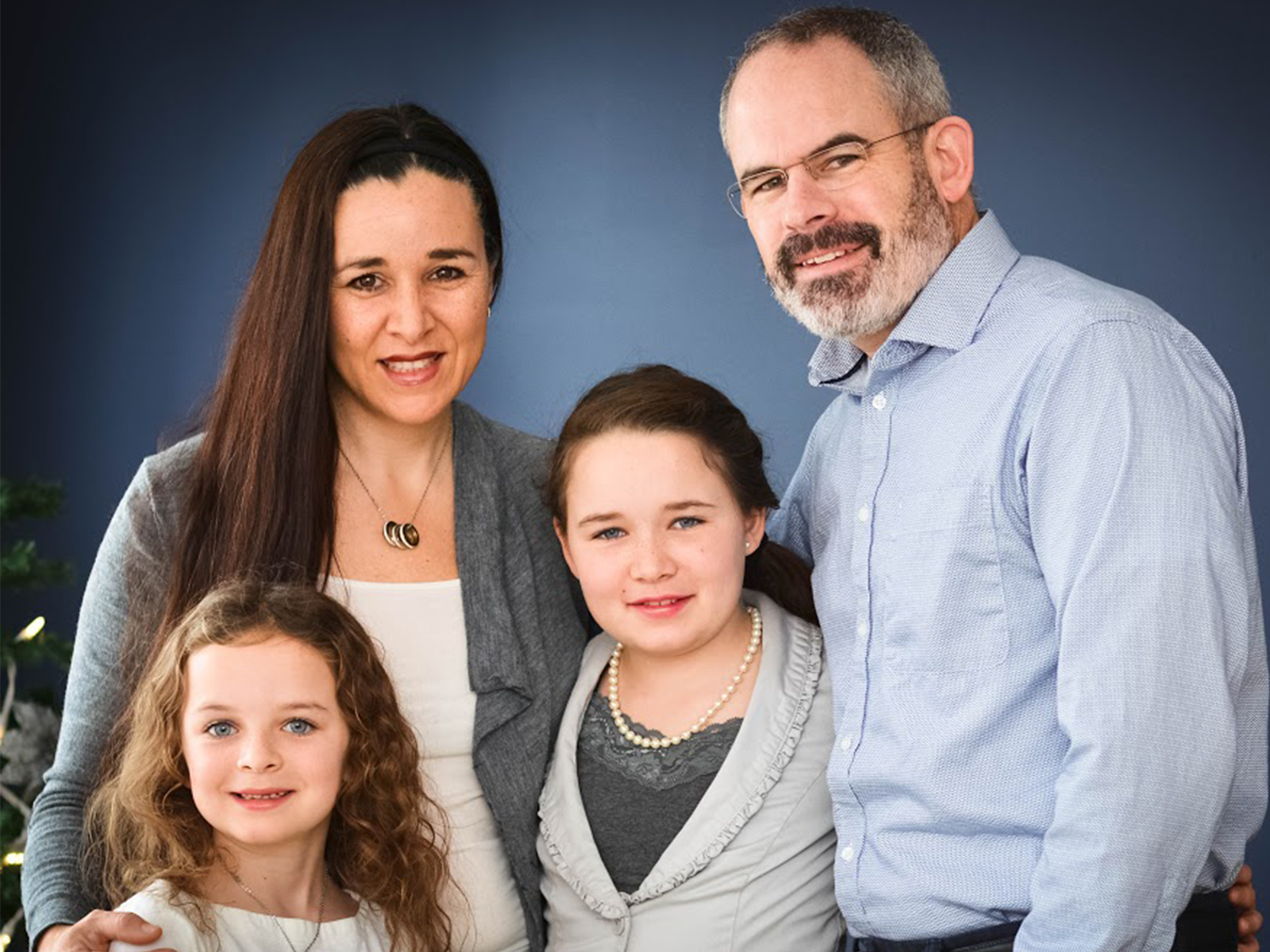 Even before they met, Daniel and Angie already shared a love for Africa and a desire to become missionaries. During his studies at Dallas Theological Seminary, where he completed a Master’s Degree in Theology, Dan participated in a five-week trip to Mozambique, which led him to choose to go to Africa as a missionary. Angie fell in love with Senegal during a six-month missionary trip. Strongly encouraged by her parents to pursue advanced secular studies, she pursued the logical option, completing a Master’s degree in African Studies and a Master’s degree in Divinity at Moody Theological Seminary in Chicago. This young woman, inhabited both by a desire to serve God in leadership training and a vision of complementarity, placed her love life and ministry in God’s hands, who answered her prayers beyond her dreams. Not long after, through a Christian dating website (yes!), God put a handsome man (her own words!) on her path who specialized in leadership training and was preparing to go as a missionary to Senegal, no less! That’s how this California girl of Colombian origin and this guy from Ontario united their lives and dreams together!

The newlywed couple became missionaries with Crossworld and spent a year and a half in beautiful Québec City for Dan to learn French by getting involved with the Beauport Church. Then in 2007, the Thorntons left for the country dear to their hearts. “Our biggest challenge in adapting to Senegal was not that we were not to get into teaching ministry right away, but to invest in learning the language and culture during our first year on the mission field. We learned how important it is to put relationships before tasks, a strength among Africans,” Angie says.

First in Dakar and then in Thies, Daniel taught the Bible school leaders, in addition to serving in the local church, while his wife taught pastors’ wives and served as a prison chaplain. The hot and very humid climate of Thies, although much appreciated by his latina wife, unfortunately exacerbated one of Daniel’s health problems, which worsened over the years. He continued his ministry as long as his health allowed, while Angie devoted herself to caring for her family.

From Senegal to Québec

While attending the Shepherds’ Conference at Grace Community Church in California, Daniel met a friend from Ontario who introduced him to Louis Bourque and other Québec pastors. The urgent need for workers in our part of the country resonated in this missionary’s heart, who saw God’s hand in his circumstances, and understood that the time had come to serve under new skies. Nevertheless, it was with a broken heart that the Thorntons decided, in 2017, to leave the land that had welcomed them for a decade. They left behind deep friendships and a culture as endearing as it was different, characterized by hospitality, colourful fabrics and fresh mangoes. Now a family of four, they returned with two girls possessing a broad worldview, able to appreciate simplicity and be grateful for what they have.

Over the first year, the family slowly adapted to Québec’s culture and climate, even though Angie thinks she’ll never get used to the harsh winters! Meetings with AEBEQ and SEMBEQ’s directors strongly encouraged Dan and his wife as they saw opportunities to put their skills to work in our churches. After visiting a few of them and exploring their needs, they finally joined Église Baptiste Évangélique Emmanuel in Pierrefonds. “Dan is an answer to our prayers! With our desire to support church planting in the area, we were looking for a teacher who could challenge us in doctrine and leadership training. Dan demonstrates great humility, taking the time to observe and understand our context while offering non-judgmental opinions, which gives him credibility and ensures the leaders’ respect. We are extremely grateful!” says Benoît Brûlotte, one of Emmanuel’s pastors. In addition to preaching and teaching in his church, Dan is involved in the pastoral team. He also teaches at SEMBEQ and in several churches. Passionate about women’s training, Angie is involved in women’s ministry at Emmanuel and elsewhere, as well as SEMBEQ’s Flamme ministry.

"With the AEBEQ, we feel adopted by a large family, who welcomed us with open arms and showed us so much love and appreciation. God has opened doors in an extraordinary way! We can both serve the Lord with the gifts He has given us in various ministries of the Association. We are overjoyed, blessed and delighted to be part of God's work in Québec, for His glory."