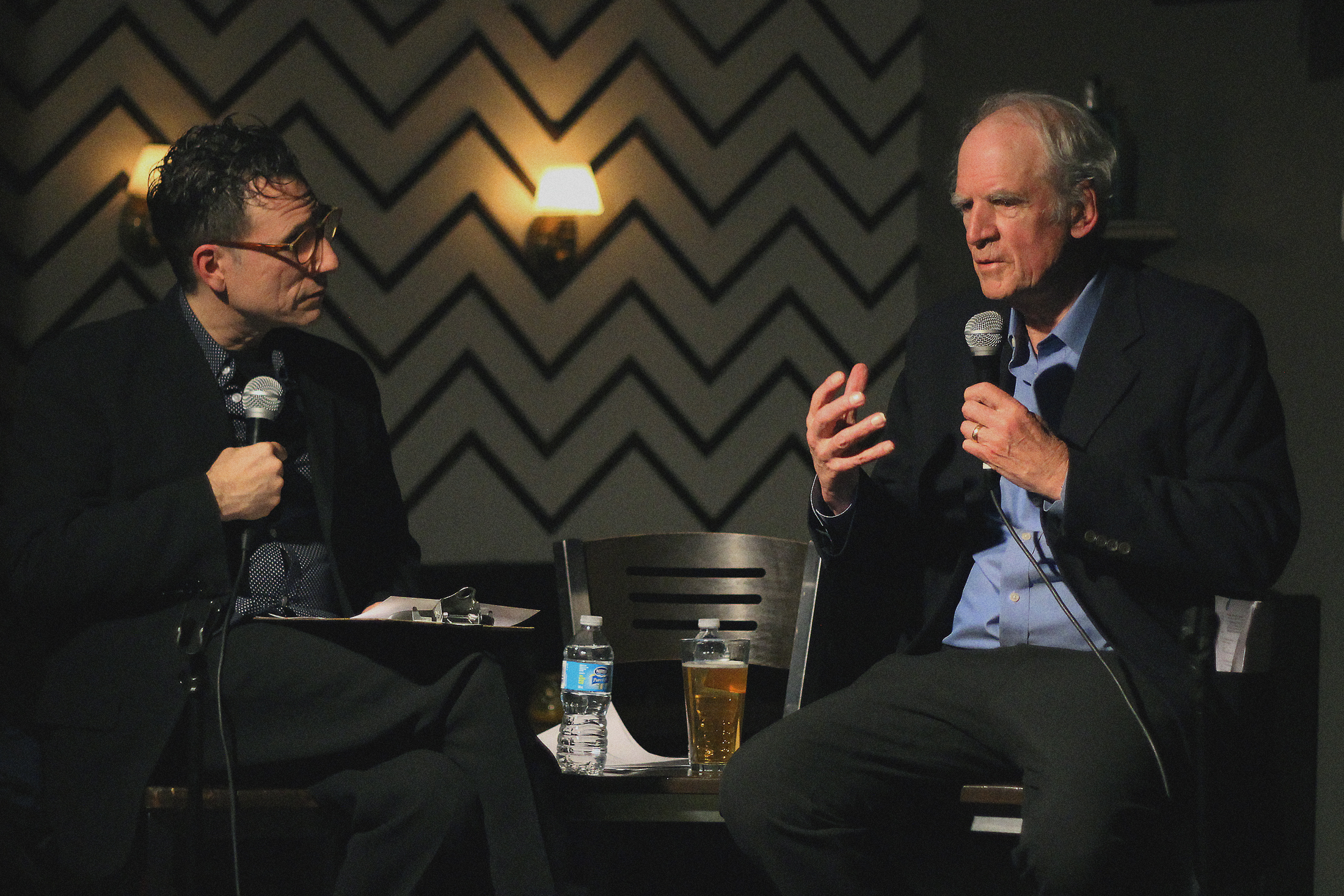 Learning to Live in a Secular Age – Part 1

Editor’s Note:
This article was written for the Intersection blog of Telos Collective a gateway for reflection on the gospel and culture of the Anglican Church in North America. The author, Trevor Potter, is a pastor of the Emmaus community in Montréal.

Due to the complex nature of the subject matter, the author has chosen to include a glossary of terms at the end of the article, borrowed from James K.A. Smith in his book, How (Not) to Be Secular, a work that translates into everyday language the masterful work of Montréal philosopher Charles Taylor, L’âge séculier.

An evening with Charles Taylor

Sociologist Rodney Stark has written that people who convert to a religion, often, at a later date, re-remember why they converted. He means that years after their conversion, they’ll usually tell you that it primarily had to do with doctrine, but in reality, it had a lot more to do with personal relationships and other stakes of conformity (Stark’s The Rise of Christianity, Chapter 1).

Because we like to think that conversion is about doctrine and truth and all of that (which it is, in part), our apologetic has been focused entirely along those lines – we are going to prove the existence of God so people will believe. But, as many of us know by now, that just isn’t the case. People aren’t asking the questions we think we have the answers to. James K.A. Smith describes the situation like this, in his preface to How (Not) To Be Secular:

“You came with what you thought were all the answers to the unanswered questions these ‘secular’ people had. But it didn’t take long for you to realize that the questions weren’t just unanswered; they were unasked. And they weren’t questions. That is, your ‘secular’ neighbors aren’t looking for ‘answers’ – for some bit of information that is missing from their mental maps. To the contrary, they have completely different maps.”

That’s true whether you live in Montréal or Vancouver, Austin or Montgomery. We’re all secular now (see Smith’s definition of secular3). We all live in a secular age.

After the 2017 Intersection Conference, I knew I wanted to start a Learning Community that took this new reality seriously. Our community at Emmaus Anglican Church wanted to ask the question: “What does it look like to bear faithful witness to Jesus today, in our context, in 21st century Montréal?” But before we sought to answer that question, we knew we needed to step back and try to learn a little bit more about the context and culture itself – its history, ethos, and telos.

James K.A. Smith, building off Oliver O’Donovan’s work, says that, “any nuanced account of how the church is to relate to […] this passing-away world depends on an attentive, fine-grained reading of the signs of the times in a particular place and era” (Awaiting the King, p.124).We wanted to try to do just that. And so we chose our fellow Montrealer, philosopher Charles Taylor, as our guide. Actually, we chose James K.A. Smith as the guide to our guide and read How (Not) To Be Secular together. But because Dr. Taylor is a Montrealer, we took a shot in the dark and asked him if he would be willing to join our Learning Community for a night and walk us through his book A Secular Age. To our great surprise, he accepted! Nine of us got to spend an evening with one of our country’s greatest thinkers.

How did we get from a point (in the western world) in which the idea of someone not believing in God was absurd (~ AD 1500), to the point where, today, it is seemingly absurd to believe in God?

Dr. Taylor told us that he grew up loving history. He was always interested in how things came about and how changes took place. That’s the basic premise of A Secular Age – he asks the simple question: How did we get from a point (in the western world) in which the idea of someone not believing in God was absurd (~ AD 1500), to the point where, today, it is seemingly absurd to believe in God?

Dr. Taylor’s A Secular Age traces that transition through disenchantment, moral deism, the establishment of exclusive humanism, the dawning of the age of authenticity, to the point in which we now live within the immanent frame – constructing all meaning and significance apart from the transcendent God.

To learn more about these concepts, and to dive more deeply into Dr. Taylor’s ideas, I would encourage you to read How (Not) To Be Secular by James K.A. Smith. The first question that we asked Dr. Taylor was, “What do you think of Jamie Smith’s book?” His response was, “He got it!” So, you’re in good hands with Smith.

In A Secular Age Dr. Taylor is not suggesting that the change from AD 1500 – 2000 is inherently good or bad, or whether it’s right or wrong. His interest is to help you feel what it feels like in our cross-pressured secular age. He has compassion for those who feel the fragilization that this age creates in all of us, but he is not antagonistic towards the age itself.

In fact, the only thing he seems to have a distaste for is the response that this secular age can produce in some of us (myself included at times): The desire to want to bunker down and fight against this culture and this secular age. Dr. Taylor sees the secular age as an age of people seeking and searching and pursuing, and that encourages him.

We are to help people experience the mystery and paradox of the Christian faith.

I asked him how he helps people “poke holes in the immanent frame that we live within, in order to help them experience and move towards transcendence.” His response was interesting. We are to help people experience the mystery and paradox of the Christian faith. Life (fullness or flourishing or happiness) can’t be found entirely within the immanent frame. Jesus calls us to die in order to find life.

This article was previously published on the Telos Collective blog. Used with permission. Convergence Quebec 2018.

Age of authenticity: Post-1960’s age in which spirituality is de-institutionalized and is understood primarily as an expression of “what speaks to me.” Reflective of expressive individualism. (Smith)

Cross-pressure: The simultaneous pressure of various spiritual options; or the feeling of being caught between an echo of transcendence and the drive toward immanentization. Produces the nova effect. (Smith)

Disenchantment: A loss of transcendence, where all meaning and significance is found within the immanent frame.

Exclusive humanism: A worldview or social imaginary that is able to account for meaning and significance without any appeal to the divine transcendence. (Smith)

Fragilization: In the face of different options, where people who lead “normal” lives do not share my faith (and perhaps believe something very different), my own faith commitment becomes fragile – put into question, dubitable. (Smith)

Immanent frame: A constructed social space that frames our lives entirely within a natural (rather than supernatural) order. It is the circumscribed space of the modern social imaginary that precludes transcendence. (Smith)

Moral deism: God is reduced to a Creator who sets all things in motion and watches over us to punish or reward us based upon our moral behaviour.

Secular1: A more “classical” definition of secular, as distinguished from the sacred – the earthly plane of domestic life. Priests tend the sacred; butchers, bakers, and candlestick makers carry out “secular” work. (Smith)

Secular2: A more “modern” definition of the secular as areligious – neutral, unbiased, “objective” – as in a “secular” public square. (Smith)

Secular3: Taylor’s notion of the secular as an age of contested belief, where religious belief is no longer axiomatic. It’s possible to imagine not believing in God. (Smith)

Stakes of conformity: People conform when they believe they have more to lose by being detected in deviance than they stand to gain from the deviant act. (Stark)