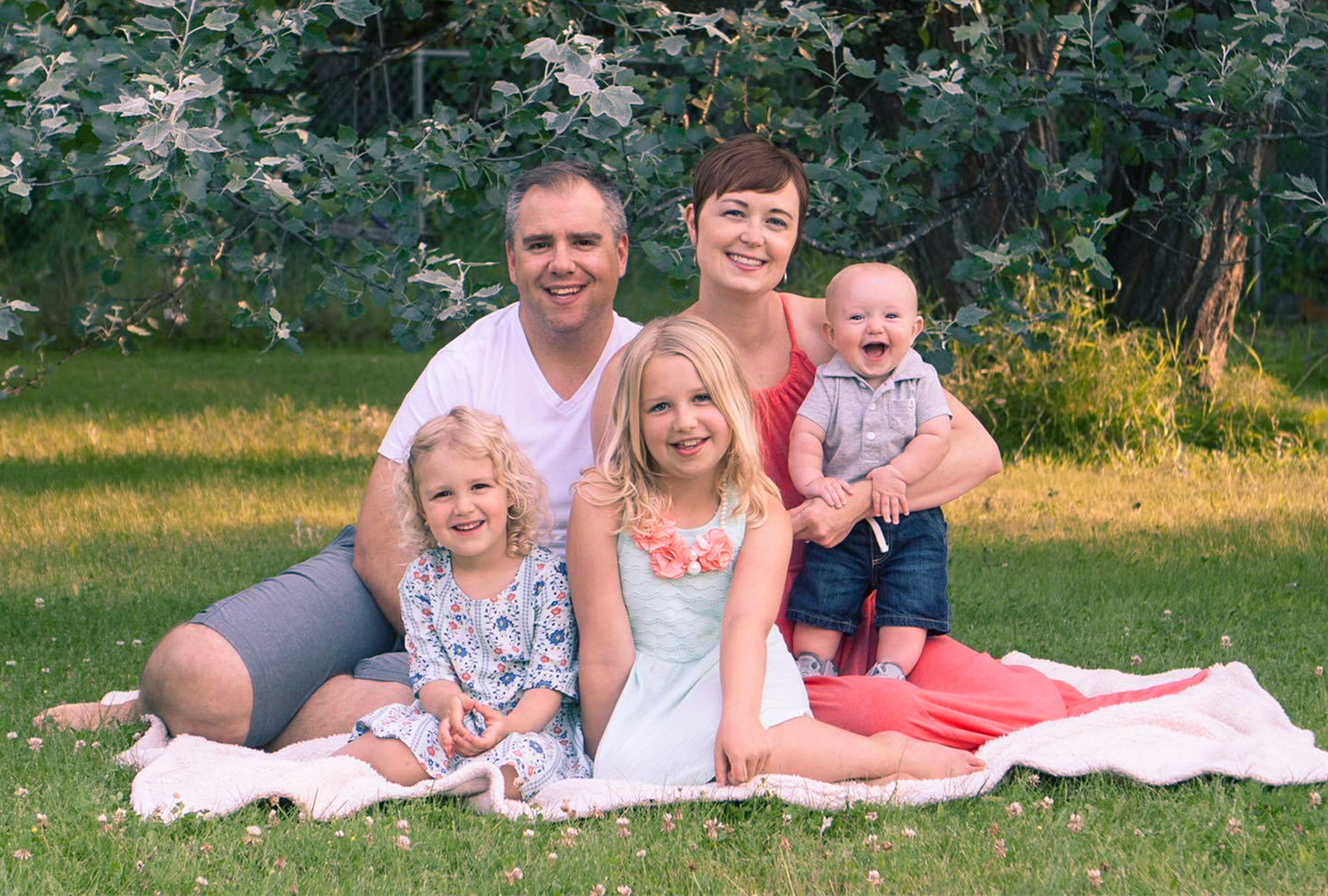 Jean-Denis Desbiens is a Quebecois living in British Columbia. For some time now, God has been pressing on his heart the desire to return to Quebec to serve as a missionary. He recently sat with Jonathan Clermont to share his story.

Can you tell us about yourself and how you became a believer?

JD: I grew up in the beautiful Saguenay region of Quebec. My family was a typical, non-practicing Catholic family that attended Church only twice a year, at Christmas and Easter, out of tradition, but also out of guilt. I was curious to know God and to give meaning to my life, but I never sought answers to my questions in the Catholic tradition, as it just didn’t appeal to me.

Why did you leave Quebec for British Columbia?

JD: In 2002, I was drawn to British Columbia and several circumstances of my life allowed me to move to Vancouver. A year later, I had to choose between staying or returning to Quebec and I felt I needed to stay in British Columbia.

Tell us about your first years out west.

JD: I was informed that the Conseil jeunesse francophone de la Colombie-Britannique, a community organization, was looking for a project manager. I was hired for this position, and eventually became the organization’s Executive Director. This job allowed me to appreciate francophone culture beyond Quebec. Although it is an unknown reality for some, francophone culture across Canada is a beautiful community. Of course, this job also allowed me to keep my French-speaking abilities, which I could have easily lost in an English-speaking context.

On a personal level, my life was characterized by work and parties. I felt constant anxiety and confusion because I didn’t know what to make of the call that had initially brought me to British Columbia. My life had become a repetitive cycle of getting up, working, partying, and going to bed.

One day, I asked myself, “Is this really the purpose of this life? I’m really going to do this for another 60 years?” I soothed these feelings of confusion and anxiety by partying all the time. One day, I understood that my lifestyle had to change and decided to slow down. That’s when I met Naomi.

How did God use your time in British Columbia to lead you to him?

JD: I met Naomi, who grew up in a Christian family and had a vibrant and inspiring faith. Thanks to our friendship, Naomi and I began having long conversations about the Gospel and the beauty of God’s grace. God’s almighty power attracted me to him and convinced me to take a serious interest in Him. The month that followed were spent reading God’s Word, going to Church, and talking to other mentors. In 2004, Jesus revealed Himself to me and I accepted Him as Lord of my life. I was baptized shortly after my conversion. Two years later, in 2006, Naomi and I were married.

How were you called to pastoral ministry?

JD: Shortly after being baptized, God put on my heart the calling to serve as a pastor. This humbled me greatly because I did not understand how someone who had been saved in his twenties and who had not grown up in a Christian family could be qualified to exercise pastoral ministry. I didn’t respond to that initial call and I didn’t discuss it with Naomi. I continued my studies in education, and two years later, for a second time, I clearly became aware of God calling me to serve in pastoral ministry. I shared this with Naomi and trusted mentors. Everyone affirmed and maintained that this call was God’s direction for my life. This encouraged me to pursue a degree in Christian Studies in 2013.

A Call to Serve in Quebec

Why do you want to plant Churches instead of working in an existing Church?

JD: My heart is deeply touched by the spiritual reality of Quebec. There is a Church-planting movement that God is using to transform people’s lives and their eternal destiny. Local existing Churches are undergoing these changes as well, but God seems to have gifted me for Church planting, and I want to contribute this direction.

How did God use the Immersion Program to bring about a transition period in your life?

JD: Halfway through the first year, I began to see that God was using my journey through the program to release me from my role as a pastor and to call me to a crossroads, which would eventually lead me to serve as a senior pastor or Church planter. This call was again confirmed by godly mentors. In October 2018, I resigned from my position as pastor at Northstar Church and began the process of discernment that would lead me to the next step in my ministry.

How was this transition experienced by your family, your Church, and yourself?

How did God use the Fellowship National Conference to call you to Quebec?

JD: A few weeks after my resignation, I attended the National Fellowship Conference in Richmond, British Columbia, as an independent delegate. I felt that God led me to attend this conference to give me his direction. On the first day of the conference, Norton Lages and Steve Cloutier made a vibrant presentation on behalf of Mission Quebec. It was through this presentation that my heart broke, as I saw the many spiritual needs of Quebecers. That same morning, I met Norton and Steve, and we had a long conversation, which led us all to the conclusion that God was calling our family to serve in Quebec with Mission Quebec.

What impressed you about Steve Cloutier and Norton Lages’ presentation at FNC 2018?

I was not aware of the spiritual reality of Quebec. I was touched by the passion with which they shared the needs of Quebec and by their desire to deploy resources to see the Gospel grow in Quebec. I was also inspired by Norton, who is an example of a missionary called to Quebec, and also by Steve and Norton’s passion for the Gospel in Quebec. You could feel their hearts beating for the cause. My eyes were opened by the statistics of Quebec’s spiritual reality. God used this as a megaphone to talk to me and point me in a clear direction.

Why choose to invest yourself in Quebec rather than in another unreached area?

JD: In North America, no place is adequately reached by the Gospel. We initially considered opportunities in British Columbia, but we did not have God’s peace in these options. We are convinced that the Lord wants to use us in Quebec.

I believe there is something unique about the fact that God called me out of Quebec, that he saved me in the west and transformed me – and continues to do so – and then brought me back to Quebec to help advance the Gospel. It is a special moment for us and we are very excited about it.

After a few months of prayerful preparation, we are now ready to move to Quebec in March 2019, where we will begin the next season of our ministry, possibly as Church planters. We wish to see God use our gifts and experience to proclaim the Gospel to the least reached in North America: the people of Quebec.