10 Things You Didn’t Know about Quebec

THIS ARTICLE IS FROM
THE GOSPEL COALITION CANADA

Editors’ note:
Canadians sometimes overlook the rich diversity of Canada. But our country spans three coasts, ten provinces, and three territories. One of our editors, Jean-Christophe Jasmin, helps us bridge this national gap by informing us about the great province of Québec. He notes ten things that we (possibly) didn’t know about Québec.

Quebecers were really the first “Canadians”

As you may know, identity is a huge topic in Québec. What we call “The National Question,” while not as hot today as in the 1990s, is still the central politically structuring issue in Québec politics. Liberalism and conservatism still take a back seat to the question of whether Quebec should form an independent nation. However, you may not know that Quebecers have only relatively recently begun to identify as Quebecers. From the time of the French Regime, the colonists were called “Canadians” by the metropolitans, who recognized in these rustic settlers a new nationality that was emerging from the fusion of French and Native American cultures.

After the conquest, the newcomers in what was becoming Canada called themselves English, Scots, etc., while the French speakers saw themselves as Canadians. While English Canada was forming its own identity as “Canada,“ the former Canadians changed the way they referred to themselves, as French-Canadians in the early 20th century, to Quebecer around the time of the quiet revolution. Now that’s confusing!

While the Edict of Fontainebleau banned French protestants from emigrating in the colonies, recent historical research suggests that many of the nation’s founding fathers were from a French Huguenot background. Among these, we find Samuel de Champlain (founder of Quebec City), Laviolette (founder of Trois-Rivières), Pierre du Gua de Monts (founder of Tadoussac and Port Royal). 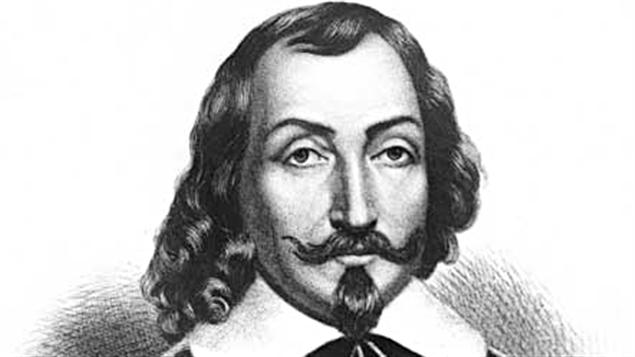 A French specialist in genealogy has got his hands on the baptismal certificate of one who is considered the father of New France, Samuel de Champlain. He was Protestant and he was baptized in La Rochelle.1

Its churches have European roots

While the evangelical churches in Quebec have benefitted from a constant support from churches in English Canada and the U.S.A., its first churches were actually established by French-speaking Swiss missionaries. Henriette Feller and Louis Roussy were sent in Lower-Canada by the Lausanne Missionary Society in 1834 and established a network of churches on the South Shore of Montreal, some of which, like the Roussy Memorial Church in St-Blaise, or the Marieville Baptist Church in Marieville, are still active today.

You might picture a Sunday morning in a Quebec evangelical church as a meeting of plaid-shirt, poutine eating white francophones. While I do wear plaid shirts and poutine eating is a Sunday lunch tradition in my family (no kidding!), the Quebec church is very multi-ethnic and diverse. I would say that immigration is a major factor behind the evangelical church’s growth in Quebec. While the majority of these Christians come from French speaking countries in Africa or from Haiti, a great number come from Latin America. In the church where I serve, I would estimate that more people speak French and Spanish, or French and Créole than people who speak French and English.

In his book recounting the work of his father as a minister in Québec, D.A. Carson notes “In the decade of the seventies, evangelical work in French Canada exploded. From about forty evangelical churches, the work grew to just under five hundred churches and preaching points before settling down to just over four hundred.” The effect of this revival is still felt today in Quebec as the church born of the revival was, for the most part, a young church composed of eager baby-boomers who learnt how to be the church as we say in French “sur le tas” (as you go).

Most Quebec-born Christians today are “first generation” Christians. This generation was the first to raise kids in the church, buy buildings, or start a Sunday school.

It seems that during the negotiations for the treaty of Paris following the Seven years’ war (and the conquest of Canada by Great Britain) no one really knew what to do with Canada. France preferred to retain control of its Caribbean outposts, while Britain was reluctant to integrate a colony that reminded its own North American colonies of it’s needs for the British Crown’s protection. Reluctantly, Britain added the “Province of Quebec” to its portfolio and changed the continent’s history in the process.

Quebec’s official motto means “I remember.” Ironically, no one remembers what it is that we are supposed to remember. The motto was integrated in the construction of the parliament building in Quebec City by its architect Eugène-Étienne Taché yet no one knows exactly why.

It seems that it refers to Quebec’s history (which the parliament building tries to commemorate through its numerous statues of significant historical figures). One interesting theory comes from E-E Taché’s grand-daughter who identifies the motto as the first part of a poem that recognizes Quebec bi-cultural heritage: “Je me souviens que né sous lys, je croîs sous la rose” / I remember that, born under the lilly (the French monarchy’s flower), I grow under the rose (the English monarchy’s flower).

Quebec is considered the largest unreached people group in North America with an estimate of about 99.3% of the population that is not Evangelical (although the way the Canadian census studies religion since 2001 has really muddied the water). It is sometimes difficult for other Canadian Christians to imagine what the sheer proportion of unreached people mean in everyday life. I remember being a student in a 1500 student High School in Montreal and not knowing any other Christian there. Only very rarely would I work at a place where there would be one other believer.

What I mean by that is this: The state of Rhode Island has the historical peculiarity of being the first state to sign the declaration of independence, yet the last state to ratify the United States Constitution.

Quebec was among if not the last western Christian culture to go through a secularization process when it did in the 1960s, but when it did, it went “full throttle” into modernity (and post-modernity) across most metrics:

Quebec is the cause for the existence of the Gospel Coalition

I admit that the wording might be strong on that one, excuse my French (really). While Sola might seem like TGC Canada’s little brother, remember that one of the Co-Founders of the Gospel Coalition is a true Quebecer, born and raised! You might not know that D.A. Carson speaks good French (great French after he’s spent a few days in La Belle Province actually!) and has always kept Quebec in a special place in his heart. 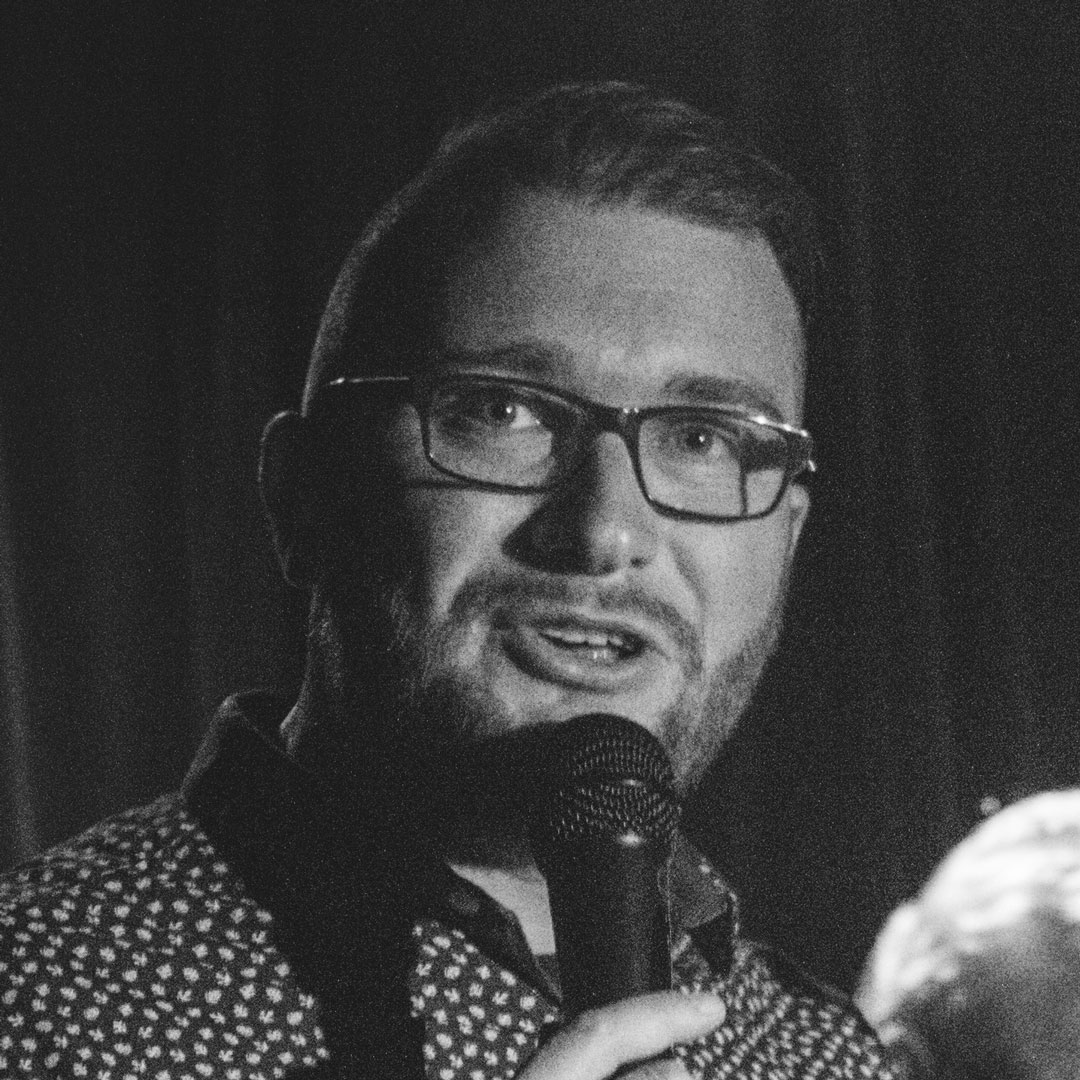 Jean-Christophe Jasmin is an editor for TGC Canada and serves as a pastor for the French Baptist Union in Montréal and as a board member for SOLA. Born and raised in Montreal, he graduated from the University of Ottawa with a M.A. in political science in 2010. He is married to Sandra, and has three children: Victoria, Adam and Ezekiel.